How Well Do You Know Your Target Audience?

There are opportunities for success and failure in marketing your brand every single day. Actually understanding – not just guessing or assuming – your target audience on a fundamental level, as well as what they want, is at the foundation of every successful marketing campaign. Without this, moving your brand to total obscurity could be one poorly targeted advertisement away.

Why this understanding is so important should be pretty obvious, but what many tend to struggle with is knowing how to jumpstart that process of learning about their target audience. In a recent post from Carney that we enjoyed, it goes into a great example about why this is so darn critical:

Let’s take a trip back in time.

In 1958, Honda made the decision to enter the U.S. motorcycle market. At this time, the US motorcycle market was dominated by Harley Davidson, Indian, and Triumph. Riders of those motorcycles were exactly who you think of when someone says, “biker.” They were leather-wearing outsiders.

Back to Honda, when the Japanese company decided to enter the U.S. market, they went after the leather-wearing biker audience. They built some large motorcycles that could compete with Harley.

How’d that work out?

It was a huge success for Hond…ehh, just kidding. It was actually a total flop. Their large bikes barely sold. In the early ’60s, no leather-wearing outsider wanted to switch from a Harley or Indian to a Japanese bike.

While the US Honda team was trying to figure out why no one wanted to buy a Japanese bike, they noticed something unexpected. Urban-living, non-traditional motorcycle riders were taking interest in Honda’s small lightweight bike, the 50cc Super Cub.

In Japan, the Super Cub had always been incredibly popular among the urban-living, younger audience. But, Honda decided to ignore that market in the US and try something completely new.

Eventually, Honda shifted their marketing strategy to target this urban-living audience. Instead of trying to get traditional motorcycle riders on a Honda, they targeted young buyers who had no interest in the black leather jacket persona.

This was the same audience who loved their motorcycles in the Japanese-market — people who just wanted inexpensive, convenient, individual transportation for short trips around town.

That’s where the famous, “You meet the nicest people on a Honda” ad campaign came from. 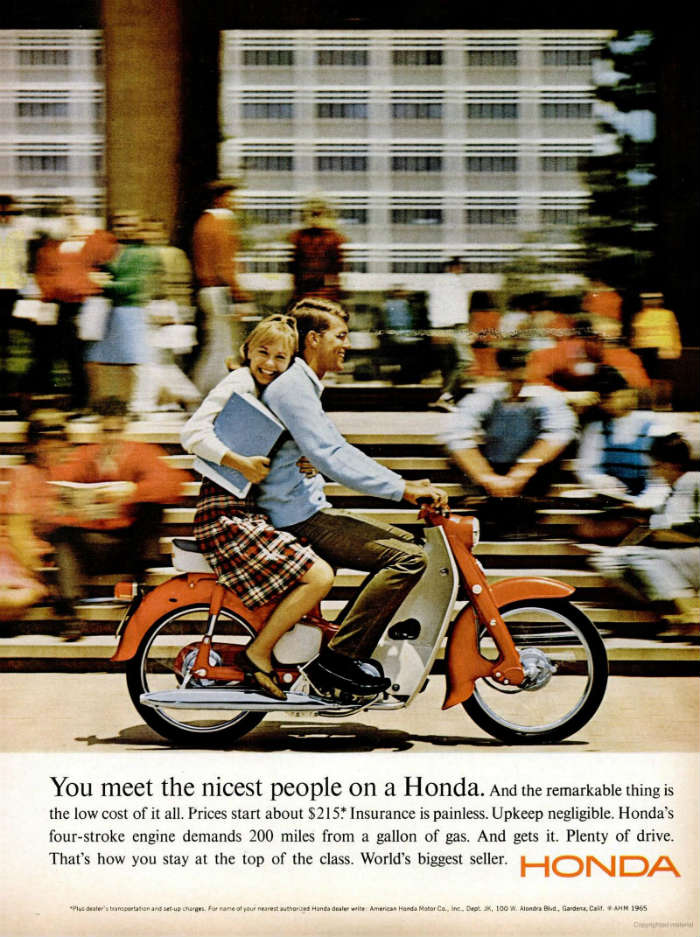 So, what’s the point?

Honda almost became a footnote in US automotive history because they didn’t understand their target audience. Luckily, they realized it and pivoted before it was too late.

Had Honda originally focused on their strongest audience, they wouldn’t have wasted time and money marketing to an audience who was never going to buy their motorcycles.

The author goes on to describe some of their tried-and-true ways to really begin understanding the target audience for your own situation. While no two businesses are exactly the same, these methods will give you the jumping off point needed to create a successful marketing campaign.

You can head to the Carney website here to view the entire article about how audience research is driving marketing today.

Need some help with understanding your own target audience? Feel free to reach out to our team to see how we can help.